Back to World Championship Decks 2002 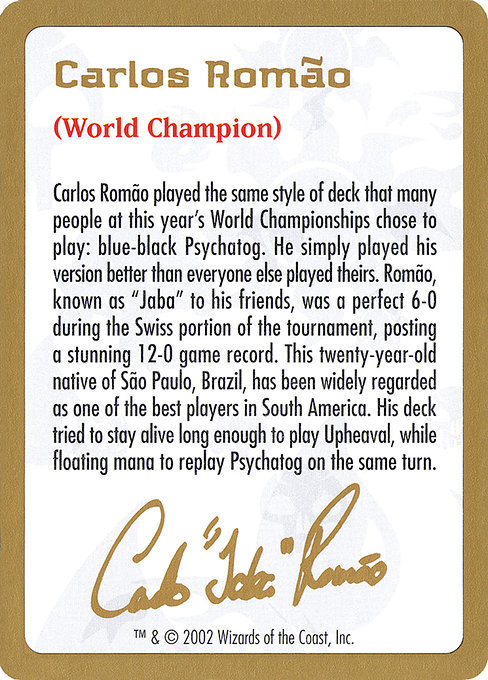 Rarity: Common
Card Text: Carlos Romão played the same style of deck that many people at this year's World Championships chose to play: blue-black Psychatog. He simply played his version better than everyone else playing theirs. Romão, known as "Jaba" to his friends, was a perfect 6-0 during the Swiss portion of the tournament, posting a stunning 12-0 game record. This twenty-year-old native of São Paulo, Brazil, has been widely regarded as one of the best players in South America. His deck tried to stay alive long enough to play Upheaval, while floating mana to replay Psychatog on the same turn.
Collector Number: cr0a
Type: None
Set: World Championship Decks 2002
Color: None
Language: English