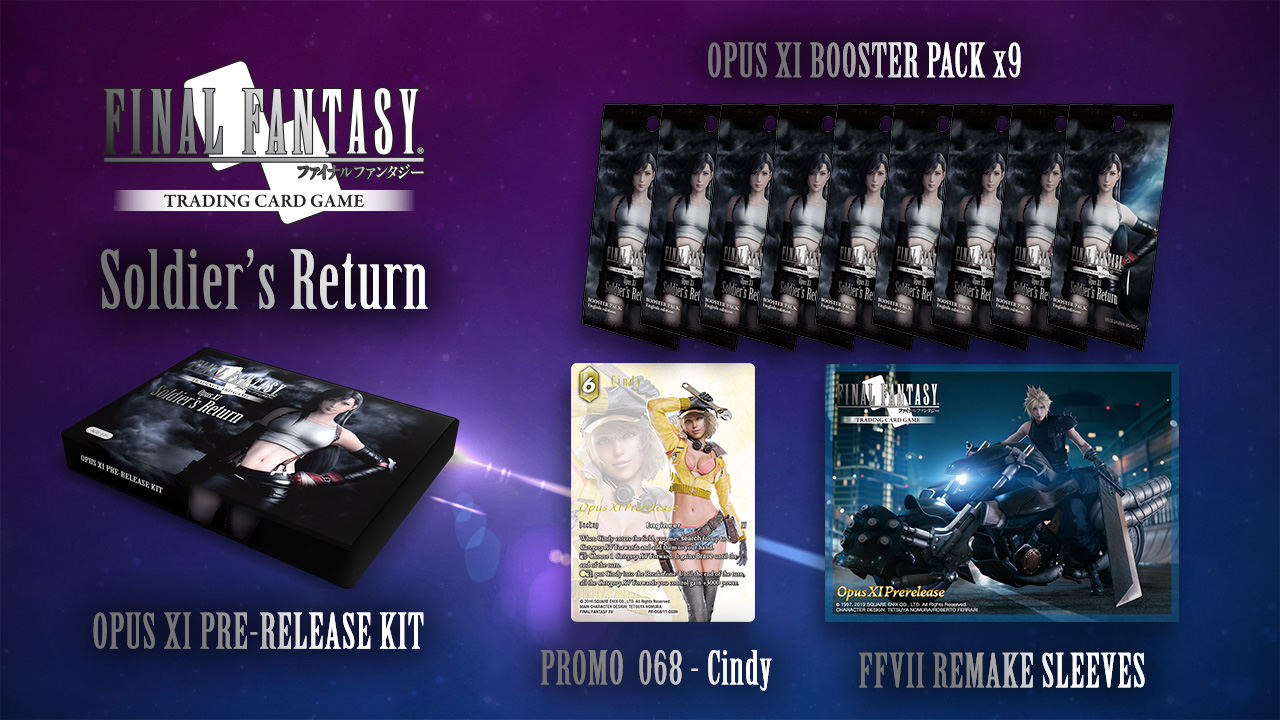 Experience the next set of the FINAL FANTASY® Trading Card Game one week early with the OPUS XI PRE-RELEASE KIT! This kit allows entry for one (1) player to an FFTCG: OPUS XI Pre-Release Event.

A new “Counter” mechanic will be implemented from this opus. These Counters will be placed on top of characters, and there will be various types such as Monster Counters and Shuriken Counters. Depending on whether the characters have a Counter or not, as well as the number of Counters collected, they will gain an ability, or their status will change. With the implementation of this new system, we look forward to seeing new game strategies from Opus 11 onward.

Additionally, the full-art cards, which have received great reception, will be included this time around as well. This opus will be an enticing addition for players and collectors alike.