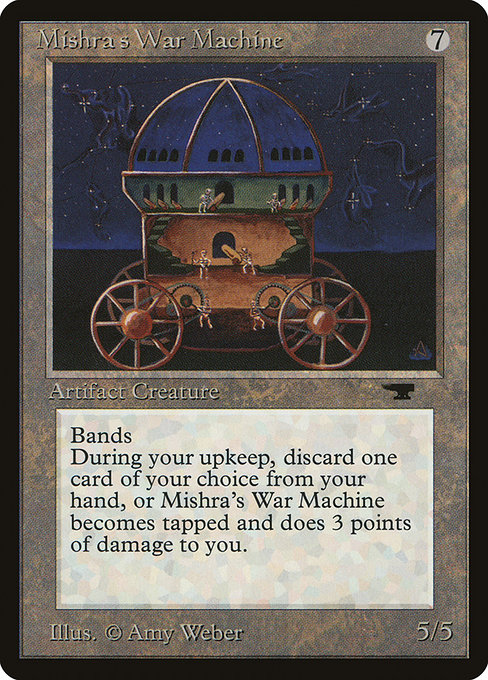 Rarity: Rare
Mana Cost: {7}
Card Text: Banding (Any creatures with banding, and up to one without, can attack in a band. Bands are blocked as a group. If any creatures with banding you control are blocking or being blocked by a creature, you divide that creature's combat damage, not its controller, among any of the creatures it's being blocked by or is blocking.)
At the beginning of your upkeep, Mishra's War Machine deals 3 damage to you unless you discard a card. If Mishra's War Machine deals damage to you this way, tap it.
Collector Number: 57
Artist: Amy Weber
Type: Artifact Creature
Set: Antiquities
Color: None
Language: English