Back to Model Kits 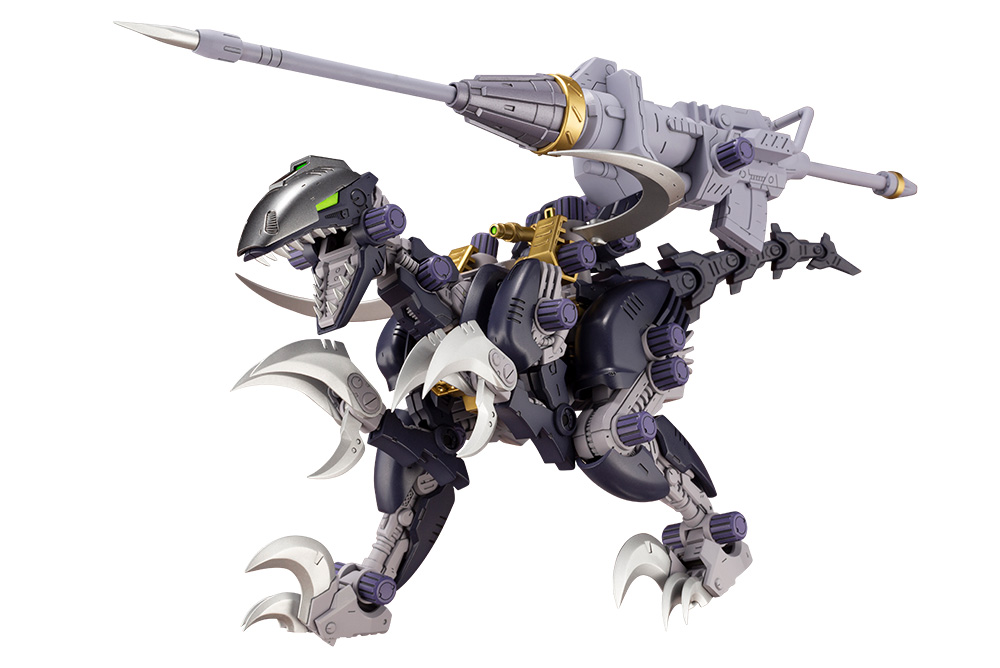 This model kit includes large-sized weapons that do not compromise the model's poseability or style. The increased poseability of the head and ''Strike Harken Claw'' leg parts allows users to not only recreate the usual poses, but also allow the model to stand on its toes to recreate a velociraptor-like pose.

Be sure to add this Zoid that can take on larger and more powerful models to your very own Zoids lineup!

All new emblem and caution mark decals to recreate the world of Zoids are included in this kit.