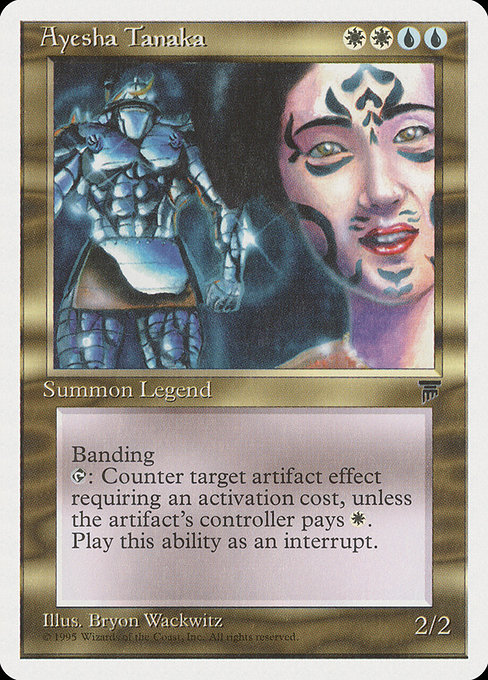 Rarity: Rare
Mana Cost: {W}{W}{U}{U}
Card Text: Banding (Any creatures with banding, and up to one without, can attack in a band. Bands are blocked as a group. If any creatures with banding you control are blocking or being blocked by a creature, you divide that creature's combat damage, not its controller, among any of the creatures it's being blocked by or is blocking.)
{T}: Counter target activated ability from an artifact source unless that ability's controller pays {W}. (Mana abilities can't be targeted.)
Collector Number: 73
Artist: Bryon Wackwitz
Type: Creature
Set: Chronicles
Color: White Blue
Language: English