Back to Introductory Two-Player Set 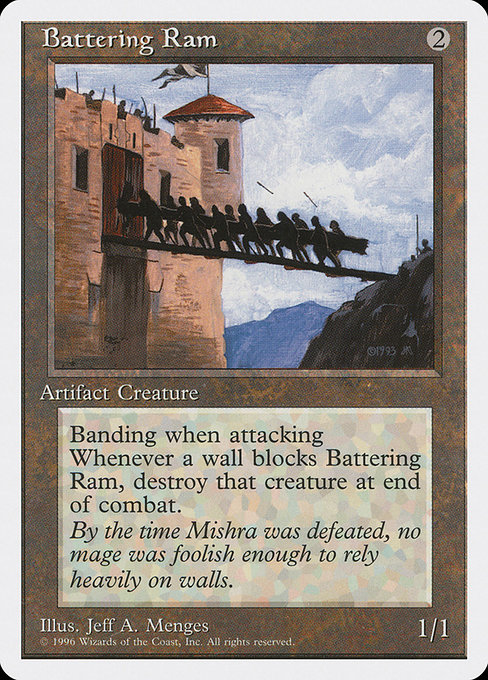 Rarity: Common
Mana Cost: {2}
Card Text: At the beginning of combat on your turn, Battering Ram gains banding until end of combat. (Any creatures with banding, and up to one without, can attack in a band. Bands are blocked as a group. If any creatures with banding you control are being blocked by a creature, you divide that creature's combat damage, not its controller, among any of the creatures it's blocking.)
Whenever Battering Ram becomes blocked by a Wall, destroy that Wall at end of combat.
Collector Number: 48
Artist: Jeff A. Menges
Type: Artifact Creature
Set: Introductory Two-Player Set
Color: None
Language: English